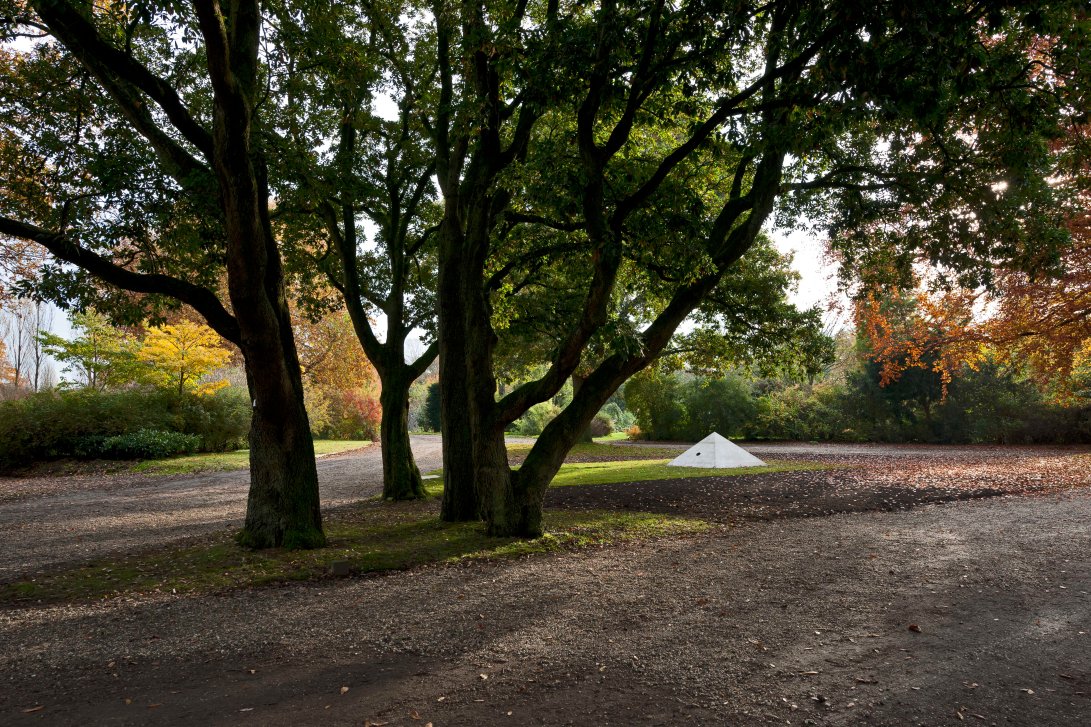 This work was commissioned by the Tot Zover Museum for an exhibition on the issue of afterlife. The location of the work is the Nieuwer Ooster Cemetery in Amsterdam and is a camera obscura in a shape of icosahedron chamber, buried 2.5 meters underground. The top pyramid of the icosahedron is showing above the ground, while two apertures on the opposing sides project a 360 degree image of the outside into the room under the ground. 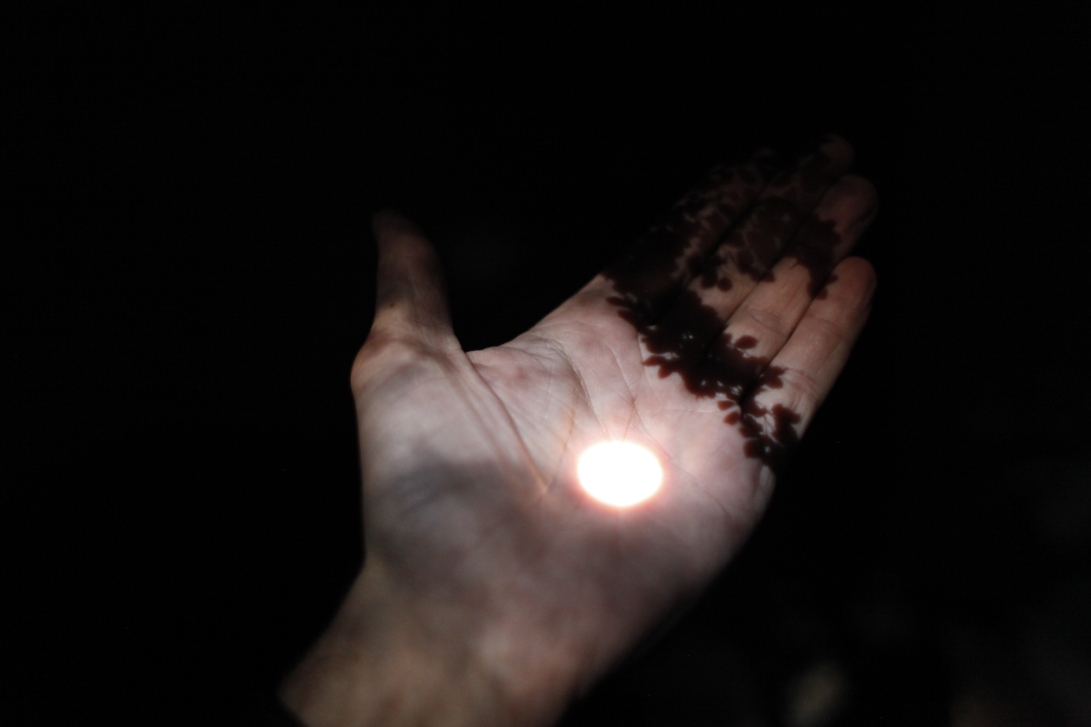 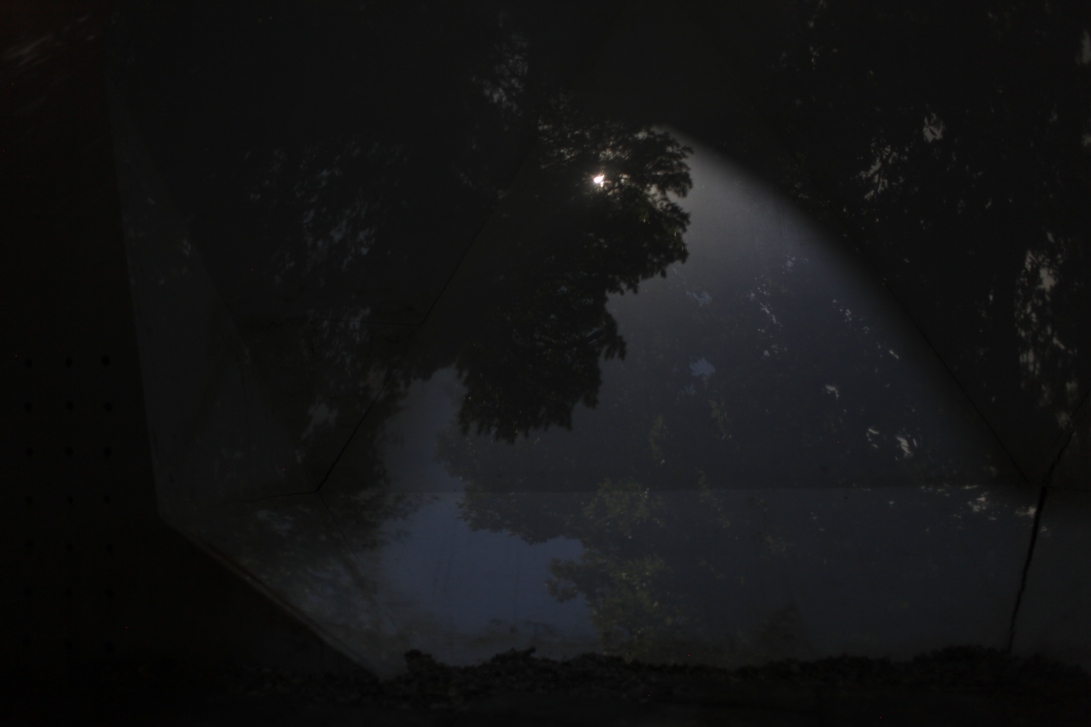 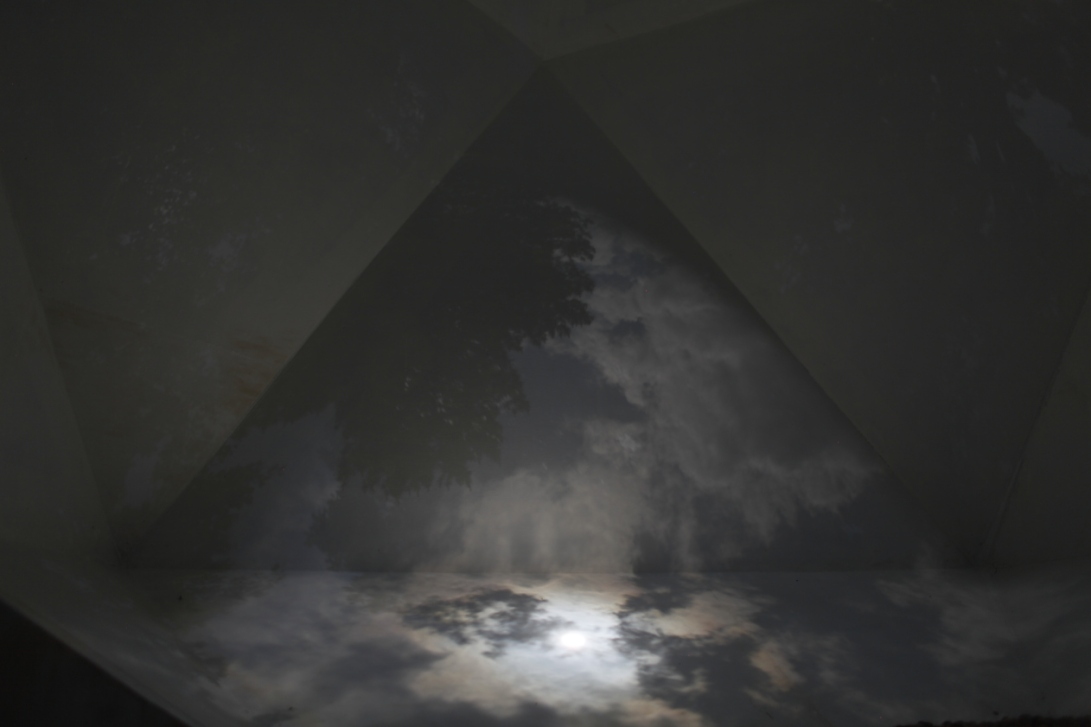 The work deals with the issues of illusion in perception and the transformation of matter. The pinhole projection is a reference to Plato’s Allegory of the Cave; the form of the camera obscura is taken from the five Platonic solids, described in the Theory of Forms as that which possesses the highest and most fundamental kind of reality.  The icosahedron shape also represents an atom of matter, in this case water, something that is ever changing.  The depth is meant to immerse the viewer under the ground.  The six meter long descent into the camera obscura is laid out with the discarded gravestones from the graves of the location.